(CNN)As President Donald Trump’s defeat has been confirmed numerous times and courts have rejected his campaign’s efforts to dispute the vote count, some of his loyalists have shown a growing urgency. Last Saturday, thousands of pro-Trump supporters in Washington and in several state capitals hit the streets in last-ditch protests to save an election they believe was stolen. As darkness fell, a large group of Trump backers faced off against a mass of counter protesters in front of the Supreme Court. The confrontation vaulted into fistfights, stab wounds, arrests and turmoil.

A week earlier, Trump supporters — some armed — gathered outside the home of Michigan Secretary of State Jocelyn Benson. Georgia election officials (many Republican) were also threatened with violence over unfounded claims of voter fraud, and the Arizona Republican Party, in a social media post, asked if its supporters would be willing to “give up [their] life for this fight.” 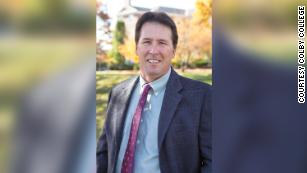 Daniel Shea
Peaceful transitions of power were not a settled matter during the early days of our republic. Elections at the state and local level occasionally spilled over into violence. As the electorate organized into opposing camps for the heated rematch between Thomas Jefferson and John Adams in 1800, many worried about rising discord and mob violence — particularly when the final outcome remained in flux for months.
George Washington’s fatherly charisma offered stability and calm in the previous elections, even as the nation underwent a rapid transformation and developed a national identity. But in the 1800 contest, Washington was absent, having died a year earlier. 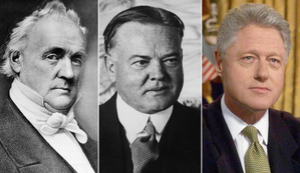 Three terrible presidential transitions that hurt America
Adams and Jefferson differed sharply on a range of issues and fundamental questions about the future of the nation. It was an acrimonious, ugly affair.
Jefferson’s victory marked one of the few times in world history that a government of one party (Adams and the Federalists) would be replaced by a government of another party (Jefferson and the Democratic-Republicans) peacefully. Adams was devastated; his anguish and humiliation would linger until his death. But he did not dispute the results. He did not call out the army, put guards in the White House or rally his supporters to gather their arms. In the predawn darkness of Jefferson’s inaugural day, Adams departed the capital and headed home to his farm in Massachusetts.
Knowing the significance of the moment, Jefferson set one of the most sacred principles of American politics in his inaugural address — post-election unification. “Let us restore to social intercourse that harmony and affection without which liberty and even life itself are but dreary things…[E]very difference of opinion is not a difference of principle… We are all Republicans, we are all Federalists.”
The late historian William Nisbet Chambers wrote that the event marked a high point in our nation’s history and perhaps in the development of government. “It was the first such grand, democratic, peaceful transfer of power in modern politics. It was an example of a procedure which many old as well as many new nations have yet to experience, which many defeated factions or parties have found it difficult or intolerable to accept, but one which 1801 did much to ‘fix’ on the American scene.”
Fast forward nearly 200 years to the 1992 election. Early in the race, the incumbent, George H.W. Bush, seemed to be a strong position to win reelection. By the end of the Persian Gulf War, his approval rating stood at a staggering 89{38d439e92f4dc68f277792c75fc75218cb8d10cbb94dca537880c3a7f8058748}. But then a young, dynamic candidate from Arkansas named Bill Clinton burst on the scene, “feeling the pain” so widespread in the American electorate due to a recession. 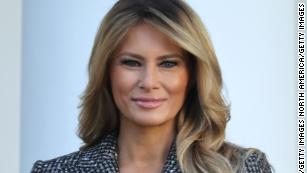 What Melania Trump leaves behind
There was little love between the candidates (at that time), but after the election, the President invited Clinton to the White House, and a day later Barbara Bush hosted Hillary Clinton. As Hillary arrived, she was met with smiles and hugs, and as they walked into the White House, in front of a swarm of cameras, the first lady reached out to embrace Clinton.
The nasty, rough election was over, and a peaceful transition would begin.
Adams and Bush were among only 11 sitting presidents who lost a reelection. The most recent is Donald Trump. The rejection by voters can be humiliating, especially for politicians who place praise at the center of their identity. But Trump’s protests and false claims are unprecedented in the annals of American elections. Whether he is convinced the process was corrupt — in so many states — or merely stoking the fires of grievance to raise money or maintain muscle with his base, the fix is coming undone. We’re at a tipping point.
With more than a month until the Inauguration, the atmosphere is tense. Instead of taking the Supreme Court’s rebuff of his challenge of the election result as the final out, Trump has heightened his assault on election process legitimacy and the federal courts. Shortly after the Court rejected the Texas lawsuit, the President tweeted “This is a great and disgraceful miscarriage of justice. The people of the United States were cheated, and our Country disgraced.” Any public official, including cabinet members, who shrinks from the cause is painted by him as weak and disloyal.
Get our free weekly newsletter

As the final hour approaches, will the President change course for the nation’s good?
Like the visitors to Ebenezer Scrooge’s chamber on that cold winter’s night, perhaps the ghosts of Adams or Bush, or any of the other true patriots of our democracy who relinquished their power with dignity and grace, and for the good of the nation, will visit President Trump in the recesses of the White House. Wake up, Mr. Trump, and ring the chimes of American democracy.