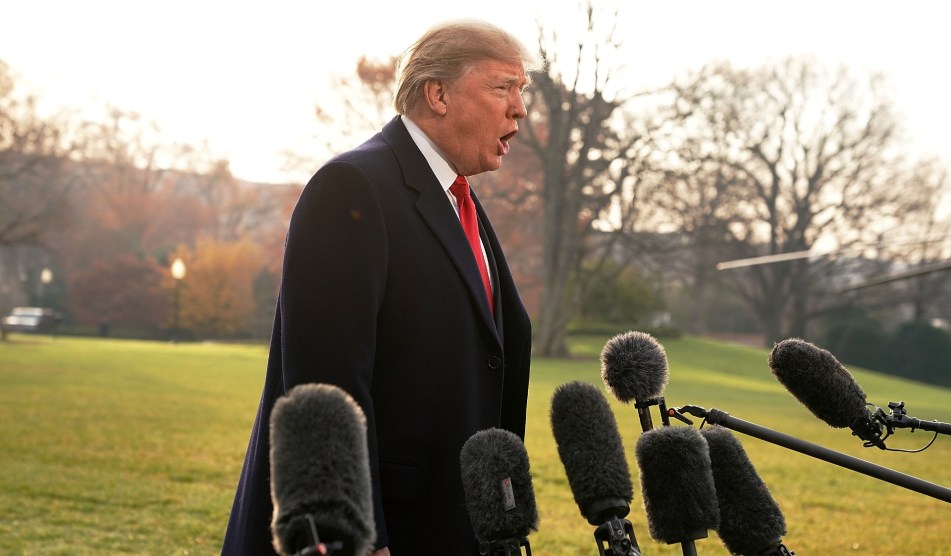 Let our journalists help you make sense of the noise: Subscribe to the Mother Jones Daily newsletter and get a recap of news that matters.

It’s the first weekend of Joe Biden’s presidency, which surely means a lot of things to many people, but to me, it means I don’t have to spend my weekend shift waiting to write about President Donald Trump’s latest, inevitable lie.

At Mother Jones, we’ve corrected countless Trump falsehoods over the past four years, from his bull about the stock market and hooey about global warming to disinformation about the legitimacy of the election and bunkum about the coronavirus pandemic. It was exhausting. And numbing.

The public’s apathy and despair towards Trump’s lies, researchers point out, were by design: The attacks mirrored a Russian propaganda technique known as the “firehose of falsehood,” which is exactly what it sounds like—relentless, rapid, bogus information. As Mother Jones‘ Mark Follman wrote in October, “Trump is using the autocrat’s playbook. Vladimir Putin’s, to be specific.”

Now the Washington Post‘s Fact Checker team has finished its final catalog of the extent of the former president’s efforts to mislead and misinform us. According to its tally, Trump made more than 30,000 “false or misleading” claims during his presidency. Half of those lies were told during his last year in office, according to the Post‘s database:

Here’s a chart of the exponential growth of Trump’s cumulative “untruths”:

Due to the incredible volume of falsehoods, the project was a massive undertaking. “It’s just a terrible time suck,” Glenn Kessler, the editor and chief writer of the Fact Checker team, told the Mother Jones Podcast in June. If Trump were to win a second term, Kessler said at the time, “The Post may have to hire a few more people for us to keep it up.” I’m all for hiring more journalists, but in this case, I’m glad some of my colleagues were spared this fate.