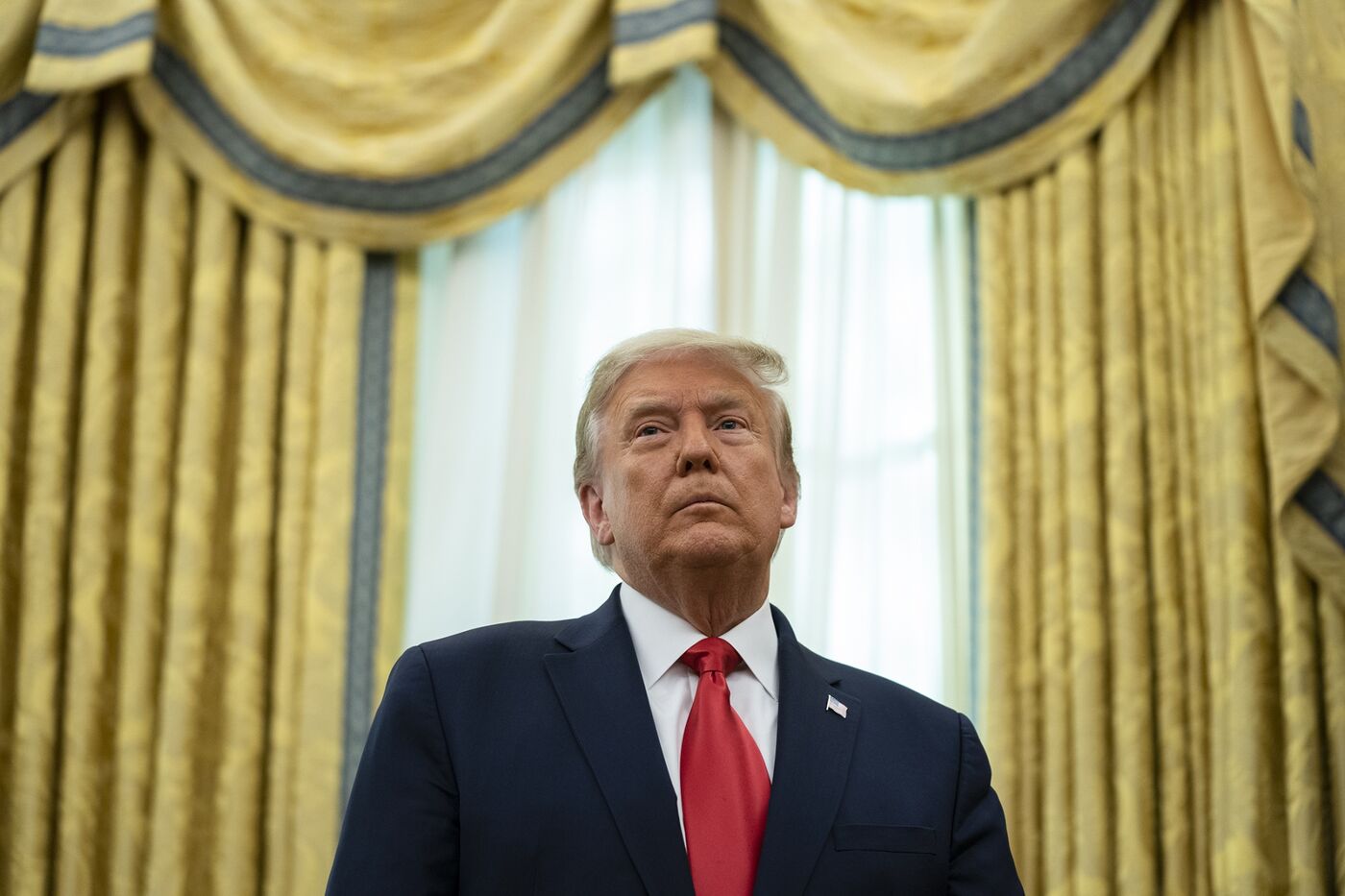 Next year E. Jean Carroll hopes to sit where Special Counsel Robert Mueller never did: across a table from Donald Trump as he swears to tell the truth, the whole truth and nothing but the truth.

Her defamation suit against him is one of several legal cases Trump faces in 2021 as his time as president ends, along with the protections that came with the office. Carroll, who sued Trump last year after he said she was lying about being raped by him in a Manhattan department store dressing room two decades ago, said she wants to be “face to face” with him when he gives his sworn deposition in the case.

“He was in the dressing room, he was there,” Carroll, a New York advice columnist, said in an interview. “He knows it happened.”

Trump famously declined to be interviewed by the Mueller team investigating Russian interference in the 2016 election, with his lawyers fretting that his instinct to lie would lead him to fall into a “perjury trap.” Such traps are likely to be a concern again, as several previously delayed lawsuits against Trump move forward.

“All these suits fall into a category of cases that he was likely able to delay because he’s been president, and too busy,” said former federal prosecutor Jennifer Rodgers, who isn’t involved in the cases. “All of that now comes to a screeching halt.”

Though much attention has been focused on possible criminal prosecution of Trump, either by the new administration’s Justice Department or Manhattan District Attorney Cyrus Vance, charges are still uncertain. Several lawsuits are more advanced; Trump could face depositions in all of them next year.

And the tough questions are likely to be posed by women, something which often appears to rattle or irritate Trump. Robbie Kaplan is the lawyer in three suits against Trump, representing Carroll, a group of people who claim Trump and three of his children defrauded them and the president’s niece, Mary Trump, who claims she was defrauded of her share of the family fortune. Beth Wilkinson is the lawyer in the defamation suit of Summer Zervos, a former “Apprentice” contestant whom Trump also called a liar after she accused him of sexual assault.

Noting how Trump has often demeaned female journalists while dodging their questions, Carroll said he won’t be able to do that in a deposition. “I saw him berate too many reporters for asking questions,” she said. “I want to be in the room where by law he has to answer Robbie’s questions — he can’t berate her.”

Trump’s lawyer in the Carroll and Zervos cases, Marc Kasowitz, didn’t return a call seeking comment. The president has denied the allegations in both suits. Wilkinson declined to comment.

Kaplan said Trump will likely push for further delay, noting his “history of gamesmanship” in the courts. That was pushed to new extremes in his recent litigation seeking to overturn his election defeat by President-elect Joe Biden. Trump and his allies filed dozens of baseless suits and appeals, including to the U.S. Supreme Court.

“He’s always kind of operated in a way that was pretty outside of the bounds of appropriate behavior,” Kaplan said of his approach to litigation. “There’s no question that the election cases took that a step further.”

Trump will have lots of donated money to push those bounds. He reportedly raised more than $170 million from supporters based on his false claims of a stolen election. Adav Noti, a senior director at the Campaign Legal Center and a former Federal Election Commission lawyer, said it would be unprecedented but not impermissible for him to use that money to pay his legal bills in the suits like those brought by Carroll and Zervos.

“It’s hard to speculate when it comes to this president because so much of what he has done has been outside the standard procedure,” said Noti.

But Kaplan doesn’t think Trump has much room left to maneuver in the Carroll case. He could try to go the Supreme Court with his argument, already rejected by one federal judge, that the case should be dismissed because he was acting within his official duties when he called Carroll a liar, but Kaplan doubts the justices will take it up.

A similar argument that’s been holding up the suit by Zervos, who claims Trump assaulted her on multiple occasions beginning in 2007, will simply disappear next month. Trump’s pending appeal before New York’s highest court asserting his immunity as president to state court lawsuits will likely be tossed as moot once he’s out of office, allowing that case to move closer to trial.

Kaplan says pre-trial discovery will also likely resume in an unusual fraud suit she brought against Trump and his three eldest children for endorsing a troubled multilevel marketing company called ACN Opportunity LLC on the “Celebrity Apprentice.” The plaintiffs claim they invested hundreds of thousands of dollars in ACN’s desktop video phone service, which became obsolete with the advent of smartphones. Joanna Hendon, the Trumps’ lawyer in the case, didn’t respond to a message seeking comment.

Then there’s Mary Trump’s lawsuit, which was filed a few months after the publication of her damning tell-all book about her uncle. The suit alleges the president and two of his siblings lied to her about the value of her stakes in the family business and eventually tried to squeeze her out altogether after her grandfather Fred Trump, the president’s father and the family patriarch, died in 1999. James Kiley, Trump’s lawyer in the case, didn’t respond to a request for comment.

In all likelihood, Kaplan said, Trump will not only have to sit for a deposition in the Carroll case but also provide a DNA sample to compare to a specimen found on the dress Carroll says she was wearing during the alleged attack. Kaplan doesn’t see many obstacles to the courtroom after that.

“It’s hard to see anything that would stop a jury trial on the merits,” she said.

Carroll can’t wait. “I am filled with energy and buoyancy to meet him in court,” she said. “It’s a terrible thing to be called a liar by the President of the United States.”