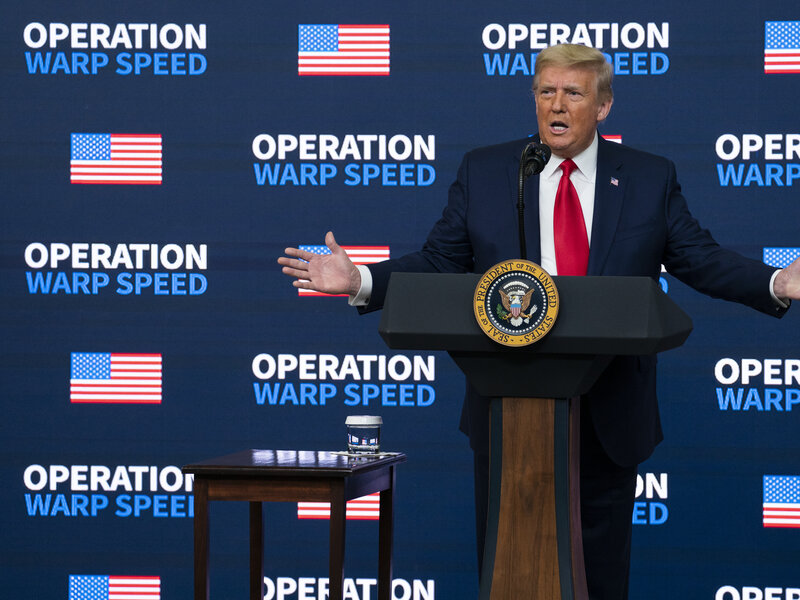 President Trump is trying to overturn the results of the election he lost to Joe Biden.

Election experts scoffed this week when Texas Attorney General Ken Paxton announced he would be filing a lawsuit in the Supreme Court against four key states in an attempt to block presidential electors from finalizing Joe Biden’s election victory.

But now President Trump and 17 states he carried are joining that effort.

Officials in the states targeted in the suit — Georgia, Wisconsin, Michigan and Pennsylvania — derided it as nothing more than an unfounded publicity stunt.

The lawsuit may be a typically adept Trump move to get attention, but election law experts said he has little chance of getting the Supreme Court to support his move.

As election law expert Richard Hasen put it about the Texas filing, “This is a press release masquerading as a lawsuit. … What utter garbage. Dangerous garbage, but garbage.”

Just how little legal support there is for the lawsuit is evidenced by who signed the briefs asking the high court to intervene. Trump’s brief was not signed by acting Solicitor General Jeffrey Wall or any other Justice Department official. Rather, the brief was signed by John Eastman, a conservative law professor at Chapman University. (A Trump campaign statement said the president intervened “in his personal capacity as candidate for re-election.”)

The Texas brief was not signed by the state’s solicitor general, Kyle Hawkins. Paxton, who signed the Texas brief, remains under indictment over securities fraud and is also facing an FBI investigation on bribery and abuse of office allegations.

All of the briefs filed so far are in the form of a motion seeking permission to sue the states in the Supreme Court. As legal experts have noted, it is unclear what legal standing Trump, Texas or the 17 states supporting their move have for challenging the results of elections in other states.

Moreover, with the Electoral College slated to meet next week, this legal action amounts to little more than an eleventh hour Hail Mary pass. It is more like trying to stop the game clock from ticking when all the players are walking off the field.