Top Democrats have vowed to investigate “troubling questions” about the involvement of officials at the Department of Justice in efforts to reverse former President Trump’s election loss.

Responding to a report by the New York Times, Sen. Dick Durbin tweeted late Saturday that the Senate Judiciary Committee, which he will chair in the new Congress, would take up the matter.

Durbin and other Democrats on the Judiciary panel, in a letter dated Saturday, asked acting U.S. Atty. Gen. Monty Wilkinson to ensure relevant materials were preserved and made available to the committee.

The fresh reports of the efforts Trump considered to overturn the election in the final weeks of his term came with the former president gone from office but facing a second impeachment trial starting the week of Feb. 8.

The New York Times reported late Friday that Trump considered firing acting Atty. Gen. Jeffrey Rosen and replacing him with another DOJ lawyer, Jeffrey Clark, who was prepared to back Trump’s efforts to overturn the election.

The Democrats in their letter called the details in the report “astonishing” and drew a direct line between the “alleged plot” and the events of Jan. 6, when Trump incited a mob that stormed the U.S. Capitol while members of Congress were preparing to officially affirm Biden’s win. 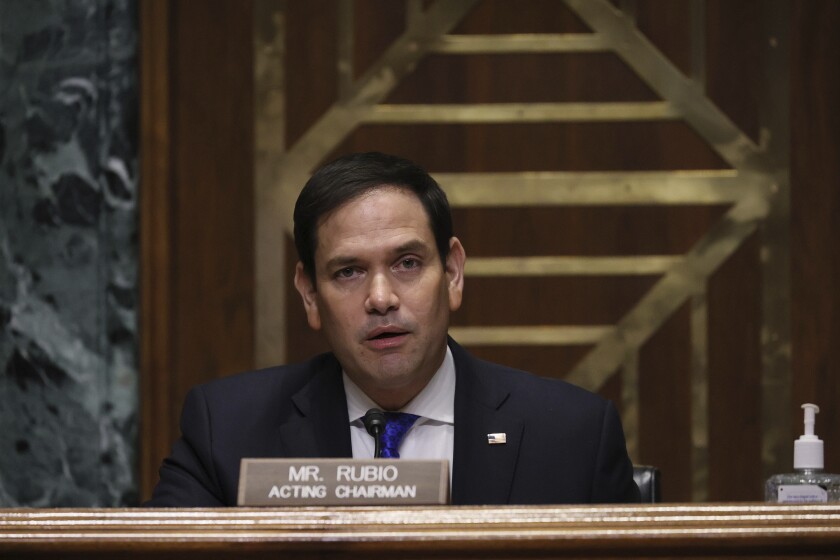 Both efforts reportedly failed because of opposition from some of Trump’s own appointees within the agency, who threatened to resign, and from White House counsel Pat Cipollone.

On Saturday, Schumer called for the DOJ’s inspector general to investigate “attempted sedition” by attorney Clark.