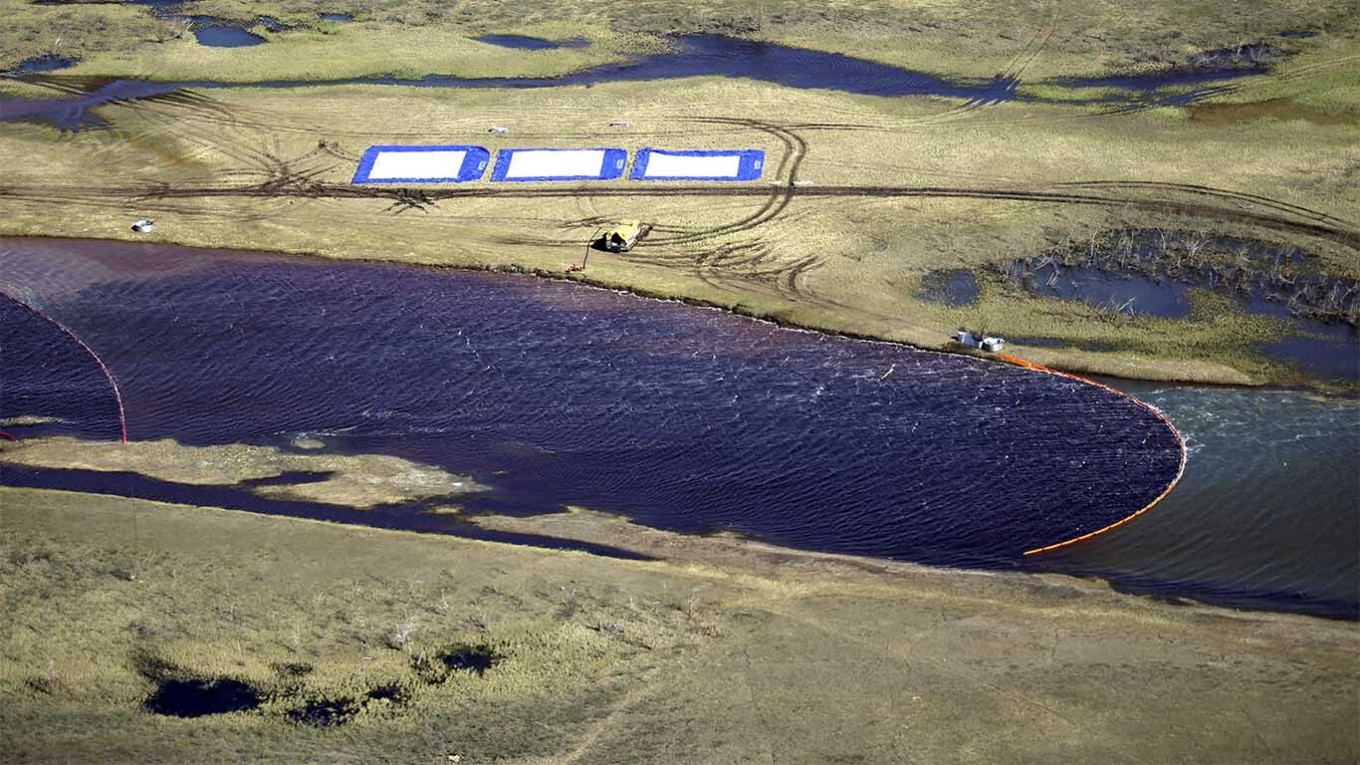 Russian authorities said the fuel spill at an Arctic power station earlier in 2020 was the largest in world history, a top emergencies official said Thursday.

Some 21,000 tons of oil poured into the surrounding ground and waterways near the city of Norilsk after a diesel oil tank belonging to a subsidiary of Russian metals giant Nornickel collapsed on May 29.

“Such an amount of liquid diesel fuel has never been spilled in the history of mankind,” the state-run RIA Novosti news agency quoted Deputy Emergency Minister Alexander Chupriyan as telling reporters.

“We already trapped [the fuel] in the Arctic zone,” he said.

A team of Nornickel-funded scientists, meanwhile, struck a more optimistic tone with their discovery of the five polluted rivers’ self-cleaning abilities, according to their final report cited by the state-run TASS news agency Wednesday.

“The microflora in the studied waters has adapted to oil products and is able to participate in their decomposition,” said members of the so-called Great Norilsk Expedition organized by the Siberian Branch of the Russian Academy of Sciences in August.

A different Nornickel-commissioned report said last month that the oil spill was “inevitable” due to design flaws, management failures and rising temperatures in the region.